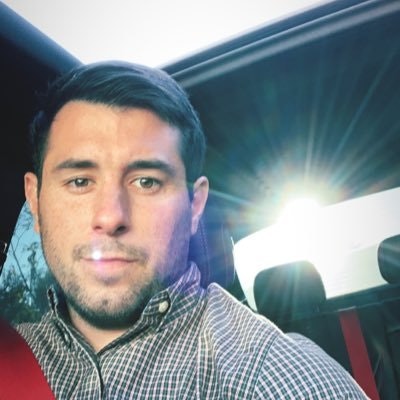 The last time I had a sip of alcohol was 2,290 days ago on March 20th, 2016. Closing in on six and a half years sober. It’s one of my proudest accomplishments, although the last 3 months have been some of the most trying on my sobriety.

I started going back to AA meetings in April to continue to build the tools and community needed to ensure I did not relapse. In attending AA meetings, I had the mental model connection that AA was one of the best “DAO’s” and started to notice all of the similarities to crypto native organizations. Here are a few thoughts:

No hierarchy and no one is in charge, and yet, at the same time, everyone’s in charge:

In AA there is no hierarchy and no one is in charge, and yet, at the same time, everyone’s in charge. Everyone is responsible for keeping themselves, and everyone else, on track. Seniority or status doesn’t matter as we are all alcoholics. There is no application form, no dues, nobody owns AA and the only requirement for membership is a desire to stop drinking. The absence of structure and formal organization that is typically considered a weakness, has become a major asset.

At AA we reveal our deepest thoughts and feelings, trusting that other members will keep the information safe and confidential. Members assume the best of each other and generally that’s what we get in return. We assume at default that people are good and trustworthy. Trust begets trust. Power is spread throughout as each member is assumed to be equally as knowledgeable and equivalent to one another. Members become guardians as they become responsible for their own sobriety and that of those around them. The concept of a “neighbor” takes on more meaning than just the person next door. Since no one is in charge, each AA group knows the needs of its members and the best ideas for the collective come from the edges and get used.

AA was started by an individual who catalyzed a new idea and then got out of the way. He allowed the organization to survive without a central brain and in doing so, gave AA the power to mutate and continually alter its form to the shape its members desired. Because of this decentralization, the organization grew so quickly and impacted the rise of several other recovery platforms that took notes from its benefits. The organization is distributed across hundreds of thousands of community centers, airports, churches and is now “located” wherever a group of members chooses to meet.

AA is a network of networks and a way of connecting communities together around a shared purpose. Members will go to great lengths to help each other stay on the road to recovery. AA changes form as new members come in and others leave, although, the constant is recovery. Decentralized organizations and DAOs are similarly very amorphous and fluid. Since power and knowledge are distributed, each member has access to the same information and knowledge and the ability to make use of it. In decentralized organizations, anyone can do anything. Any and every activity at AA is within anyone’s job description. Information and knowledge naturally filters to the edges, closer to where the action is. AA is flexible, equal, and constantly mutating.

Since AA groups are autonomous, we are heavily self-funded. There is no well of capital to pull from, no ERC20’s or NFT’s to launch, we are largely responsible for acquiring and managing all funds. Communication occurs between members and there is no central authority that issues grants, budgets or controls capital flows. In a very day-to-day kind of way, the people who provide the capital and resources allocate where they are spent. The community, and it’s all about the community, is built on a culture of trust and open communication which works really well. AA’s open system is all about members and not “leadership”. In an open system, what matters most is not a CEO but whether the “leadership” is trusting enough of members to leave us alone. We are given freedom to do what we want to do which creates happiness. AA’s leadership getting out of the day to day has created a level of trust and community that is special.

Ideology is the glue that holds AA and other decentralized organizations together:

It’s not just about community or trust or freedom. Ideology is the glue that holds AA and other decentralized organizations together. At AA, the ideology is that people can help each other out of addiction. People who dont buy in, typically don’t stay, and the ones who do buy in stay and actively contribute. Put people in a community based on open systems and they will almost automatically want to contribute. There is something so powerful and rewarding about meaningful contribution. When you give people freedom to contribute, you often times get some chaos, but you also enable incredible problem solving creativity.

After rituals are followed, AA meetings typically begin in silence and whichever member is moved to speak, can speak for as long as he or she wants. For the first time in some members lives, they find people who don’t look down on them and actively ask them to keep coming back. Each circle is independent and autonomous and allows each member to feel like an equal and contribute to the best of his or her abilities. When people feel heard, when they feel understood and supported, they are more likely to change. Membership becomes highly fluid and there is no limit on the number of members a circle can have, although there are trade offs. On one hand, its open to join and with numbers you get diversity. On the other hand, when membership bloats the close knit bonds break downs. Virtual meetings are great ways to ensure alcoholics can attend meetings from anywhere but being in the physical presence of other members adds a dimension of closeness and a sense of real ownership emerges, similar to IRL crypto conferences. Put together a close knit community with shared values and add a belief that everyone is equal and what do you get? Decentralization.

It’s been a blessing getting back into AA meetings and going back through all the steps, rituals and traditions. Like most things in Web3, DAOs can look to Web2 and the past to see some really great examples of decentralized organizations that we can use to adapt and grow.

We are still trying to figure out how to appropriately achieve decentralization in crypto. The decentralized sweet spot is the point along the centralized-decentralized continuum that yields the best results. That sweet spot has enough decentralization for creativity and community but sufficient structure and controls to ensure consistency. Small size organizations combined with a large network of contributors give networks both flexibility and power. Learning to accept chaos is a must. The best knowledge is often at the fringe of an organization. Catalysts are crucial to the success of DAOs as they inspire people to action, map out networks and know when it’s time to let go. Managing AA and a decentralized network requires someone who can be a cross between an architect, a cheerleader, and an awe struck observer.

DAOs and AA at first glance seem to be messy and chaotic but when we begin to appreciate their full potential, what initially looked like entropy will turn out will turn out to be one of the most powerful forces the world will ever see.

Thanks to @strangechances and @notzainagain for edits/feedback and inspiration from The Starfish and the Spider.